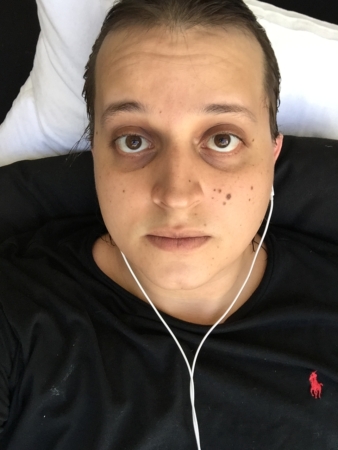 How all alien beings probably look. And can bunny humanoids exist and lion humanoids with lion features. Does that mean human pets are out there? In other words, when beings are created by the “So called Gods” and they are given the gift to procreate, is it possible in their language they have a name for the “Bunny Humanoids?” And thus it is possible the bunny down here in the U.S is just a pet version of what the actual Bunny race looks like, like us with fingers, hands, etc.?

Because the gods would never make beings to bizarre and how many hands and fingers are legal for the gods to make? If a God makes a design and the being is to bizarre looking, like to many hands, and arms, like the cartoons show, it is possible they would not be able to exist, in our Universe, or better yet at all, depending on how you would like to see it. Wouldn’t it make sense that we all share features like Eyes, buttocks, ears, and mouth? With other intelligent unfallen and fallen worlds out there far away?

Especially if the sun is a light bulb and the Gods created the sun, God is not some over powered Thor-like character, probably a bunch of doctors who play God? With great math equations, and Angelic beings that live amongst them. Having a giant ball of fire would make no sense, it would be like “let us create energy like a Goku and destroy planet Earth.” Not to mention you could never see with your eyes a sun that is millions of light years away, it is more then likely multiple light bulb suns, that are covering our Earth, and the people “outside” are connected with people and police on the “inside” thus they protect the secrets of different looking humans, of the Beerus race, of the Whis and Vados angels or whatever blue people…

It is good to think this way so your child doesn’t grow up being a wannabe conformist to our murderous culture, speaking of mine specifically called Florida, and is it possible as a child they had me pull a trigger in Miami on Adults, to protect the Horatio Cane society of hiding murder sure? Is it possible a trigger could be pulled at my head and time would freeze and I would kill everybody in the room? Because I am some sort of angel, or protected by Angels? Sure.

So don’t be scared the war of good and evil is real, but it is much more complicated then we think it is, The bible can’t be the only answer, but it can hold a great deal of Wisdom which in your “reality” in your “perception” it can make a difference, but those worse may be dribble to a young man like Gabe. Or even your own son will say “I want to be raised more liberal and honest.” You know living a good life down here on Earth with good deeds is what lets you elevate, otherwise you must conform to the roles around, not every education is Harvard, not every student has a happy outcome, not every 7-11 job is pleasant, while some might be, and you can apply that logic to many things in the world, even lying about the atmosphere of a planet is detrimental to the mental health of a human, what one may or may not understand is you need to see the world for what it is, and adapt to it, not accept the world as a lie, and live in a delusion, in the end times the bible forewarned, where people like Gabe, and Drake, and Eminem would be called lunatics, heretics for our language, for our music, when in actuality we hold the logical sense of righteousness and honesty.

I myself suffer with schizophrenia and a bad eating disorder, the schizophrenia could be real in actuality, but it could be a curse I was meant to carry my whole life, without choice, and as for food, I am required by my therapist to take strong medication and I have trouble eating super healthy to be thin, or super fit, but I try my best I guess to swim, and it doesn’t seem to work, they would even say Cocaine is bad for me, when it is like a steroid, even though I did get sick for not eating for 3 months, was that the Meth I once smoked all the time? Or was that a doctor in my sleep who gave me a boil, and a hemorrhoid from too much anal sex? It is truly a great mystery indeed.

And lastly enjoy the great music and videos below: I am sorry that I went off on a rant, I have accepted my life is on pause by scum bag attorneys that is how it goes. Project 13 is recorded, and it should be out in a month or more.

What it meant to be of the Old Families, and Ranking in the Universe + 2 Albums...

In-Depth look into where Video games like Toontown and Runescape came from?...