So besides the fact Jerry Seinfeld is a billionaire spy/savior/activist who probably cares about people, they aired the last episode on my birthday at least that is what my T.V recording showed.

The Sperm Trade in general is a dying business because of “Fame”, “Technology”, “Rigged Guys who have advantages over others”, and of course finally “People who have the right connections.”

I can tell you personally I do not like Sperm Banks, they could work for some of you, maybe it is a good idea, I have never been to one, maybe because my parents provided me with money, which they stole to begin with. But anyways in order to accept the world for what it is, you need to accept that it will be a part of life as you grow up sometimes impossible, especially if you get seduced, for them to take it, they will not ask, they are above the law apparently…

Now, how can you be famous, well you can go down owning a domain website, getting Word Press or some other form of Word Press to upload content, simplicity. You have YouTube which is great I once used it a lot, and I was decent, although the views are rigged, you can even buy views which is odd.

Even all these famous people like Drake, etc. buy millions of views, well the people who work for them do, so a video that shows 40 million views can actually have 2 million or less views, it is just a way to make it pop up on everyone’s box and advertise, it is better then paying for advertising apparently. Some videos could have 20 views or less, but the actual number of non-seeable views only few tech people may have that and that video could have over 10 million views, this is how the C.I.A tech people have rigged things.

Sometimes it is better to just get married or go down the normal road, and once you divorce your semi-rich wife boom you are rich, a lot of guys win money in divorce court, but they rarely tell you this. I wanted a marriage with my ex Peter beautiful man in his 50s who I was with for a long time, and the wealthy people of Canada tried inviting the both of us to a Tennis Game and dinner, the tobacco family, Peter declined only because he was sick, I spoke about this.

So in a sense my life would have ended up better if Peter would have married me, easier for many reasons, I sort of wanted to be a house wife, as stupid as that sounds, our open relationship was fun, and glorious. I do not have any complaints, it is what it is, “Miss Rozie Perez”

Sadly the best looking guys that make music, make basic normal music, it is not bad in the essence of what music is, it is way too simple, I love you repeated 100 times, no curse words, no story behind it, it is sad. This is most EDM and such, I think the music industry has cops all over it like white on rice, especially over the DNA issue.

If we saw true news stories and documentaries instead of Forensic Files somebody dying DNA found at the crime scene and such we would hear about how “spying” helped catch some people who stole DNA, I mean seriously.

On a last note, what ends up happening is the system of corruption, ignorance, and laziness, will collapse upon itself. How many of these rehabs/nut houses are successful within a 50 mile radius with the competition of not just other rehabs but of schools and personal homes etc.? So in the end rehabs most will go out of business and will actually have to be legit.

Which is good, I do not want our brothers locked up, you see they play these black people to act stupid, broke, and high and addicted, when they are actually very smart, just like a kid pretending to be sick, how can you say bad shit about them LOL. Notice they make fun of these things on a lot of shows.

But you will notice this issue will never get discussed so be cautious life is incredibly rigged because of this and ignorance on every political issue imaginable which is rooted from DNA.

“Only one survivor, the memory that I was yours, and you were mine.”- Anonymous… 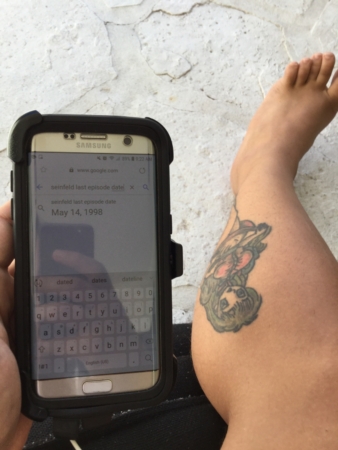 Clip 2: Beautiful Eminem a favorite “Want to trade shoes?” here is the VIDEO